How to deal with the trauma of being copied?

Every now and then I see a brand on Insta deeply shocked and disappointed with another one for copying their designs. A war is on, usually the one copied from is venting their anger in stories along with their loyal customers resharing with as much rage. If the accused decides to respond, it turns into a huge insta storm.

I have faced the trauma of being copied from and gone through this so many times that my skin is now super thick and my defense mechanism strong. So I am finally going to share how you can deal with the situation. Let's be honest, in most cases there is no real option of a legal route as there is not enough evidence to prove and it's just a really time consuming and expensive process you don't have the bandwidth for - because you are a creator.

Let's talk about the mental trauma. There are a couple of feelings here, lets identify and isolate them.

I have often recovered from these feelings thinking - I will remain calm and silent right now, I will focus on identifying who really did this, and one day I will avenge myself in a very grand way. Often I have managed a silent revenge, often I have just forgiven and also forgotten it as I focus on creating new. But the idea helped me feel like I had made the equation fair by planning the revenge.

The insta battle is a loss for you: You are basically telling all your followers where to find a cheaper copy from. While some may be loyal, the others you will be surprised will give the copy a chance. Imagine Sabyasachi talking about how chandni chowk has absolute replicas, who would not go there and check them out for a lot less. While this wins you some sympathy, you are able to prove nothing about the ownership of the design with confidence.

Revenge is sweeter when served silent: So this is what I have always done, I have found the CEO's phone number, or a warm connect, gotten on a call and explained the situation. In most cases the CEO is not even aware that a junior designer is copying to keep their job. This brings to light - the true issue and I have in most cases seen the person get fired eventually. Which sends a great message to the entire design team of the company.

Make friends: I have actually used this opportunity to make friends with the founder or CEO and ensure that it will not be repeated. Because now that you are both friends, its much less likely to happen, there is a code of honour in place now. You can also find ways to collaborate and grow, clearly you like the same things :)

Go on create anew: You must stay ahead, someone can only copy something after you have launched it, which means you are already far ahead in the learning curve by at least 6 months. This is very important as you can use this head start to keep delivering stronger solutions ahead of everyone else. They almost get used to copying, the DNA of their organization becomes focused on copying and hence they become highly unimaginative as a company.

Everyone knows it's your idea or design: We live in a world where everyone is watching everything. The CEO may not know that a bestseller is copied but the insta audience knows. They matter because they are the ones who will support you with powerful opportunities because they know you.

Ideas can pop up in two minds at the same time. We have all had very similar education and have been exposed to similar ideas all along. This does make the brain think in similar ways. So its easy for two people to have the same broad idea. What's happening a lot right now is young artists are creating art thinking its their original idea and someone has actually done it 10 years ago in another part of the world.

Copies are never as good as the original. While that's a relief, the harsh truth us that no one cares as long as the copy is a lot cheaper. So its best you give it no traction from your network of customers. And well if the copy is better, you have some thinking to do.

Copy Back? Do copycats deserve to be copied from? Yes, it its a great way to make them empathise with how it feels. Even if you are making and shooting just one piece in the exact same look :) do it if it makes you feel like revenge has to be taken for your mental trauma to subside. In most cases they won't even notice but you may feel a little bit of evil satisfaction.

Alright I was almost done with this blog here and I just got copied in a small way this morning :) so I will be able to write more.

Create things that are not easily replicatable - Relove for instance - its tech can be copied, operations can be copied, but can one create the exact same "Relove" - no. Relove is an emotion, its a sense of confidence, its expertise, its got a certain reputation and support from its patrons, its not just the tech or the operations its so much more. You can do this by developing a unique team - someone can copy your idea but not your team or you!

Make it make you work harder: How boring would it be if you were the only one in the race, if there was no motivation to win. Every time I feel a threat I work harder for at least 5 days. Remember if there is no competitor, there is no market. You should be worried that you are doing something no one else even wants to do.

Have the confidence that you will win: Even if you have self doubt, throw it out of the window, stand up and tell your self, I will win!

After all, remember that your super power is that you are YOU! and no one can become you. 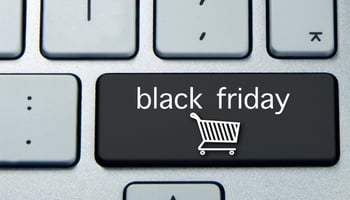 How to combat Black Friday slump?